I know that I am late to the game, but better late than never.

So, today I wanted to talk about music, and what better way than reviewing/giving my opinion about one of my favorite 2019 albums.

If you’re like me you’d probably have spent hours watching reaction videos. I’m not going to make a video and even though it’s not the first time I listen to this album, I’m still giving you my honest opinion on each and every song. I am also going to share with you what my favorite lyrics from each song are (those are going to be listed in the images after each song tittle).

• I Forgot That You Existed 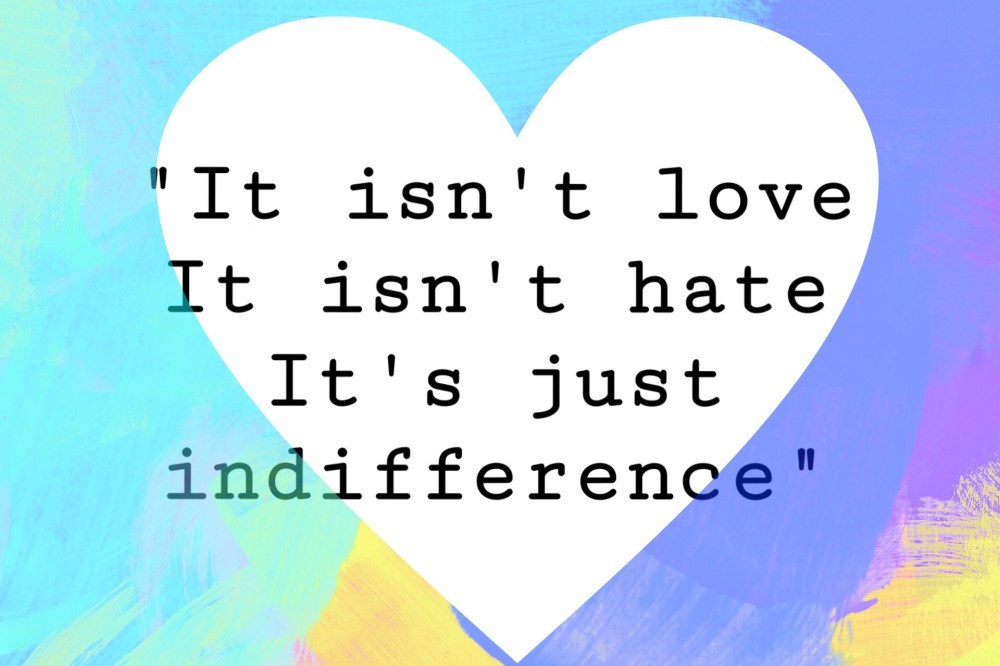 I remember listening to this song right at midnight right after the album came out and I was so amazed by how the lyrics were sung and her way of portraying what she was feeling. 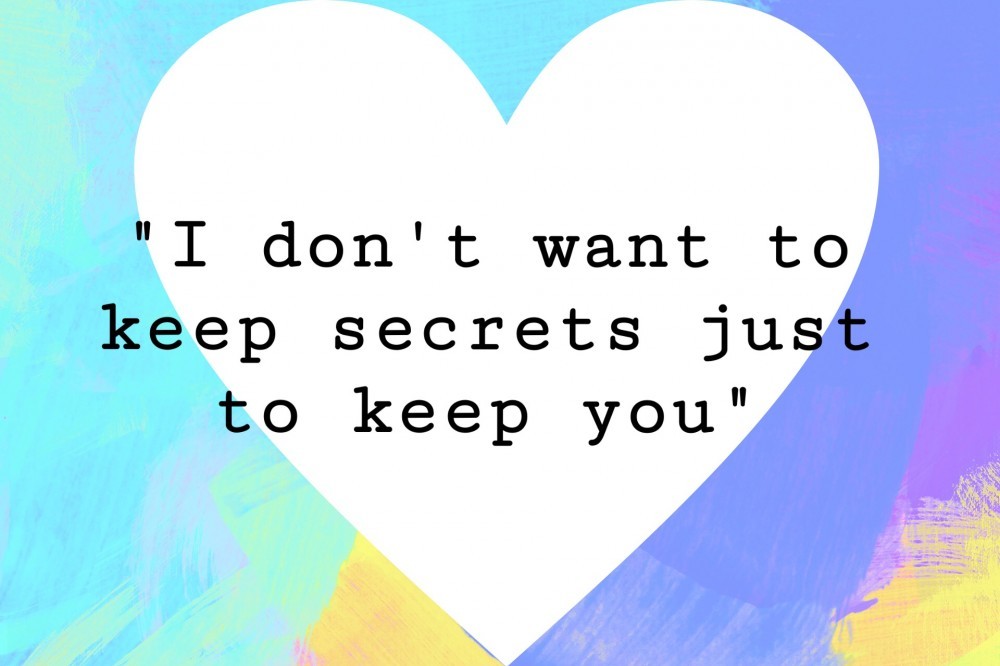 I can still hear “he looks so pretty like the devil” whenever that related part comes up. It wasn’t my favorite song, but I didn’t dislike it either. It was just there finding a balance. After the first song I thought the rest of the album was going to be more of a “let’s go on a picnic while watching the sunset” type of mood, but this sound wasn’t something I expected coming from her. Taylor really is full of surprises. 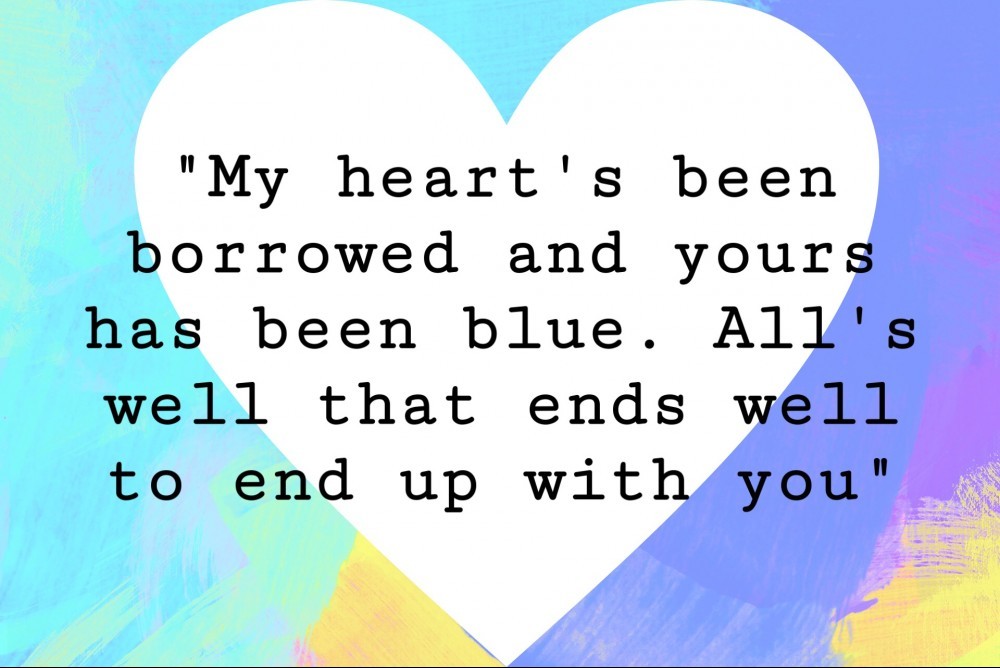 Ah, the albums name. Remember I said I was going to give you my honest opinion? Well, the lyrics of this song were wonderfully written, but I wasn’t really feeling the vibe the production had to it. I think the hook is what makes me like the song as an all, because regardless of that I just can’t wrap my head around the production. 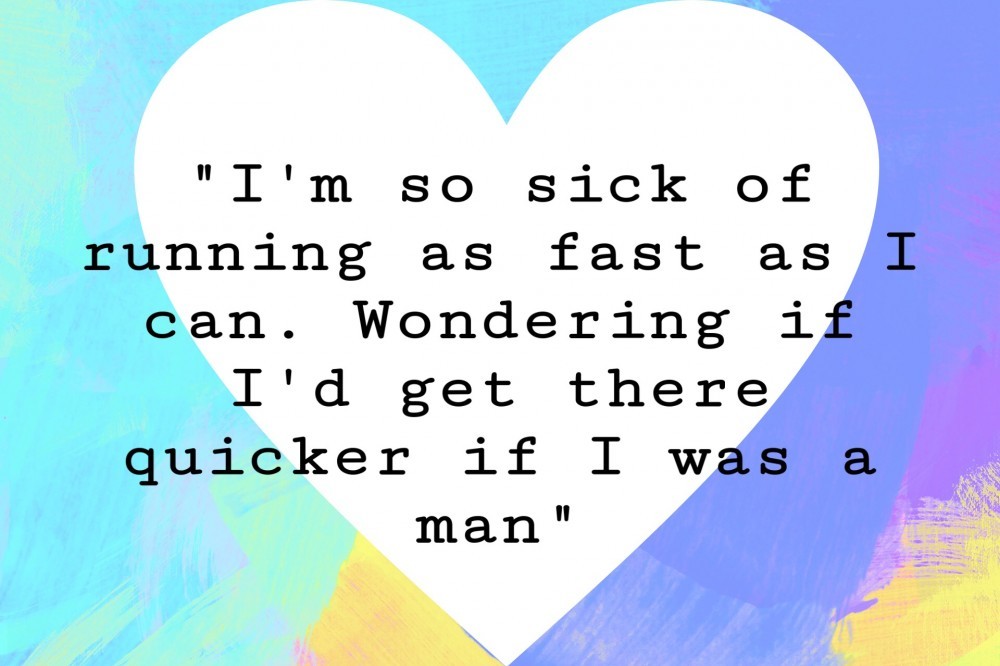 A song I didn’t know I needed but desperately wanted. One of my all time favorite Taylor Swift songs. I am so glad she decided to bring this topic up and incorporate it within this album knowing how things work in today’s society. Women are only wanted for their bodies, and society doesn’t look far pass that to our mindsets and the way we feel. It’s like we’re cuffed to what society wants us to do or be, but when it comes to men, they always get a hard pass and approval for doing the exact thing that a woman does. When will society understand that we are not made to please men? Gender does not equal power. We’re all equals 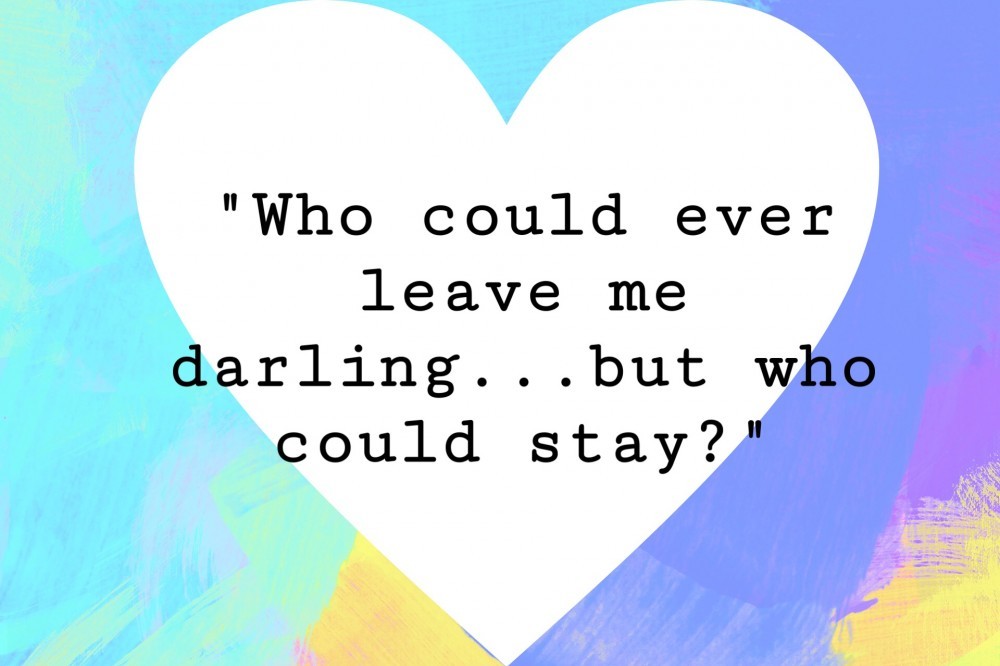 From all the songs she released prior of releasing the album, I think this was my favorite one. The whole concept of feeling like you’re invisible to everyone, even the ones who say they love you, that alone just really hit me. I know a lot of people didn’t like it and that’s alright. We all have our opinions, but you can’t deny that it has amazing lyrics and a really powerful point of view regarding how we feel.

• I Think He Knows 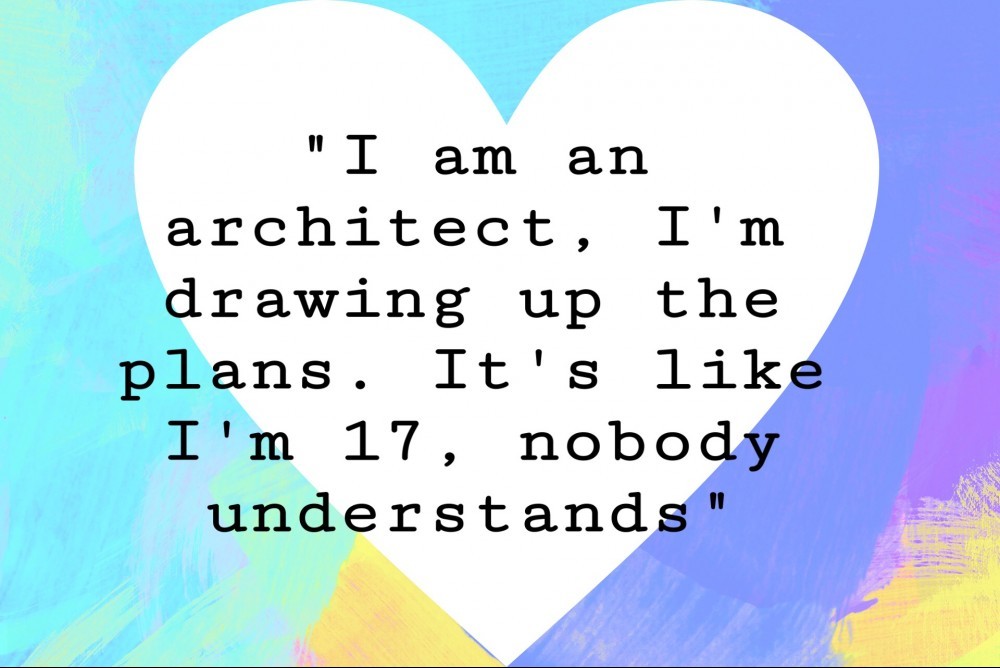 I don’t know about you guys, but this song gave me “Dress” vibes. It actually sounded like a song that would’ve been on reputation but I’m glad she saved it for this album. It’s always stuck in my head at the most random moments. 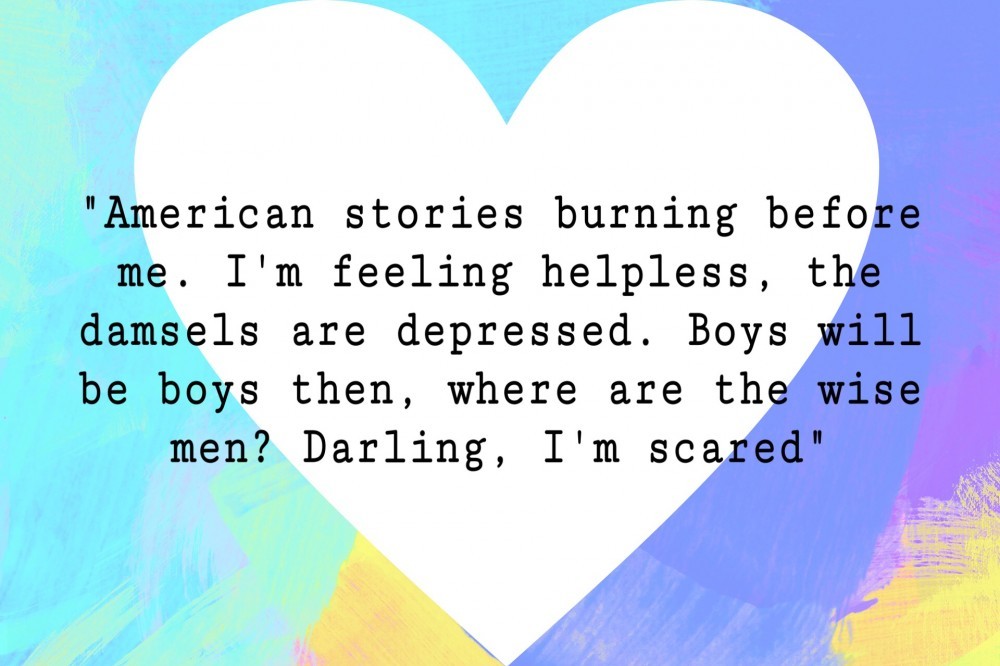 Let’s talk about this song a little. I find it truly amazing how Taylor incorporated politics, sexual assault and sexism all in one song. If you’re not a fan you probably didn’t notice these metaphors since the lyrics are written in such a way that doesn’t imply the actual meaning of the song.

I’m going to explain how these metaphors were used and where to look for them in the lyrics.

“American glory faded before me” – Doesn’t this remind you of politics and what’s still happening in the boarder?

“I saw the scoreboard and ran for my life” – 2016 when Trump won the presidency.

“They whisper in the hallway, “she’s a bad, bad girl” (okay!)” – An insider on how society sees and portrays women.

“My team is losing battered and bruising. I see the high fives between the bad guys” – Again, another reference on the 2016 elections and how we all were expecting the Democratic Party to win, but instead, we were left disappointed on how a white, sexist, homophobic and xenophobic man won the elections.

“American stories burning before me. I’m feeling helpless” – A metaphoric description on how America is just letting criminals walk, deporting immigrants, shootings on schools, and other issues that are being ignored by the United States President.

“Boys will be boys, then where are the wise men? Darling, I’m scared” – A reflection on how society treats survivors of sexual assault and how they blame the victim instead of the predator. Always with the excuse that “they were just playing around”, “this could ruin his future” etc, but what about her future? What about her lifelong trauma?

I think you should come home

And I’ll never let you (go)

‘Cause I know this is a (fight)

That someday we’re gonna (win)” – A reminder not to lose hope. 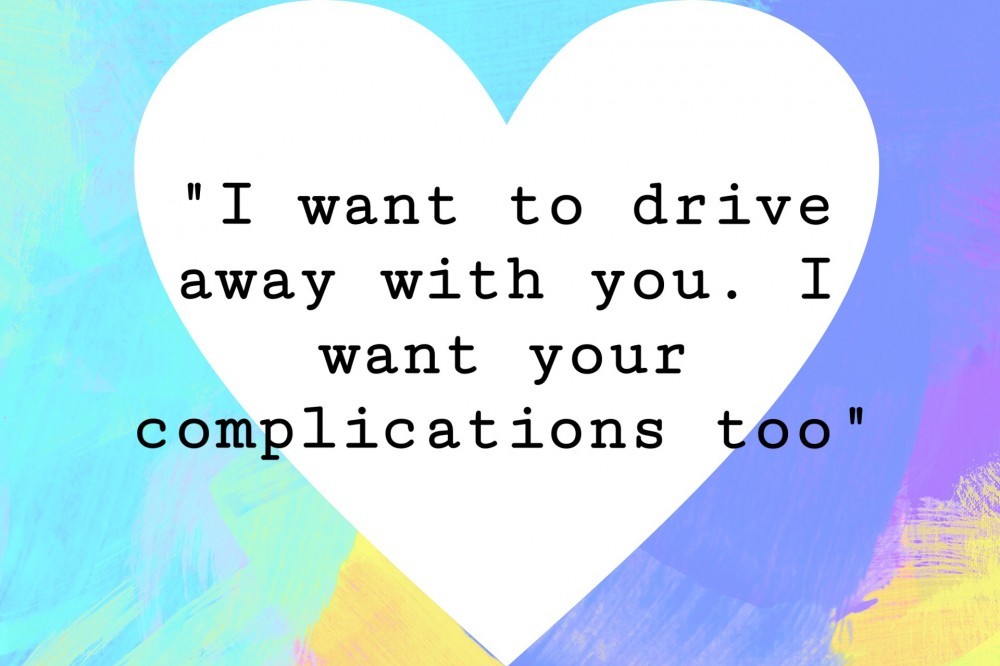 I am so glad that she really is this happy. This song wasn’t one of my favorites when it came out and it still isn’t though, I don’t skip it. 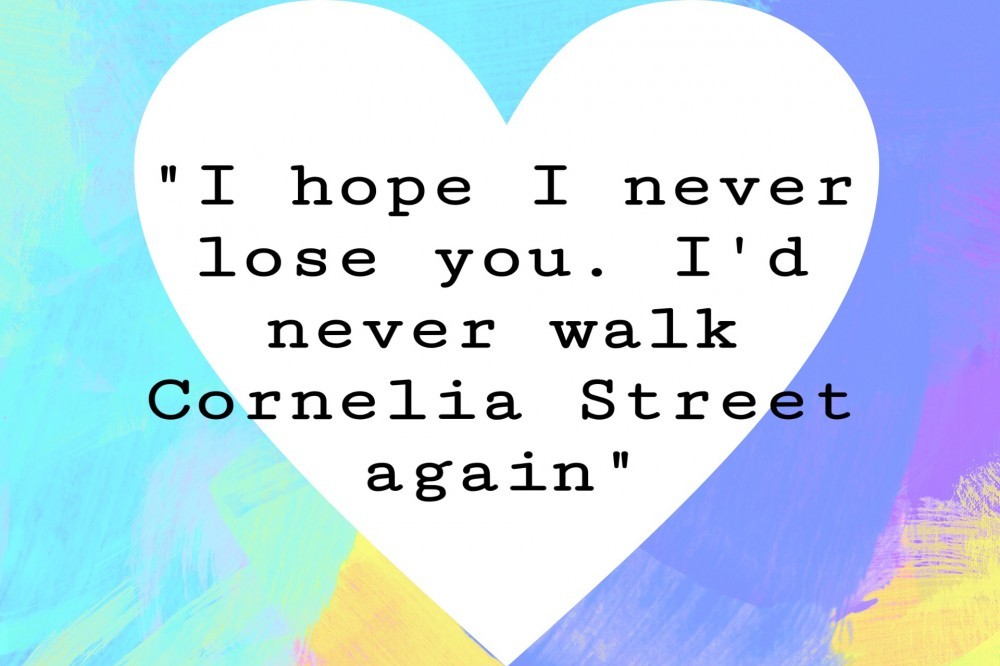 Another one of my absolute favorite songs on this album. It gave me such “Red” vibes. Sounded more like an “All Too Well” happy version. Don’t you think? It also fits perfectly with a NY based, cheesy romantic movie. Taylor wrote this song by herself (as she usually does) without anyone co-writing it, that screams talent. Not to mention how beautiful it describes her current relationship. But knowing her, maybe it’s not even about her.

• Death By A Thousand Cuts 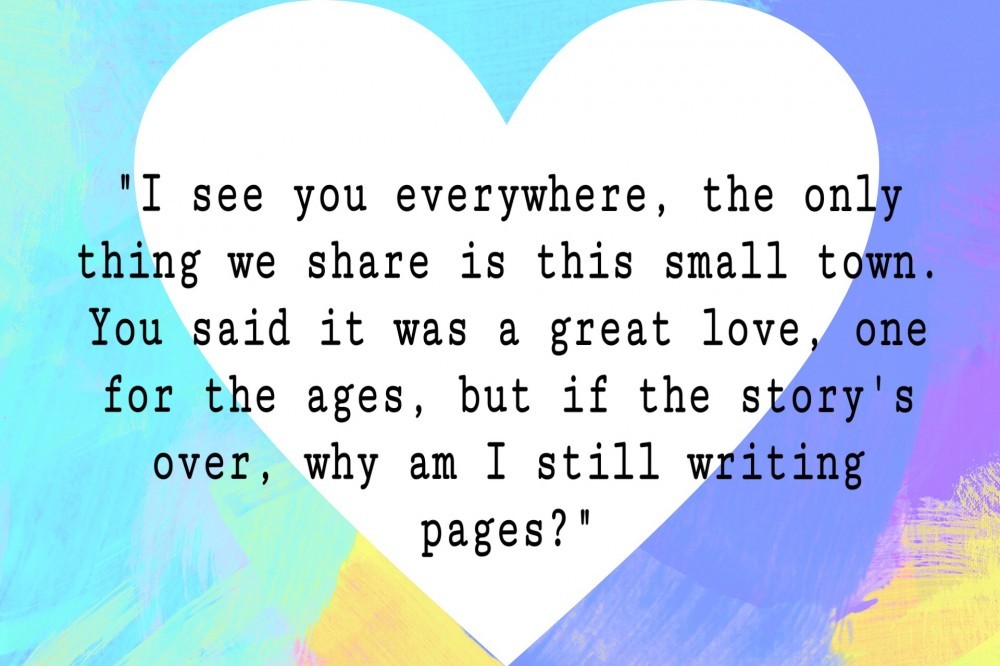 I have to admit, this song was a skip for me for the first week of listening to the album, but now, it’s one of my favorites; especially that hook! Once again, she proved that she’s capable of writing anything and everything no matter how happy or sad she is. I have seen a lot of people on social media making speculations about who this song might be about, but if you didn’t know, this song is based on a movie Taylor saw and not about her actual relationship nor about past relationships. 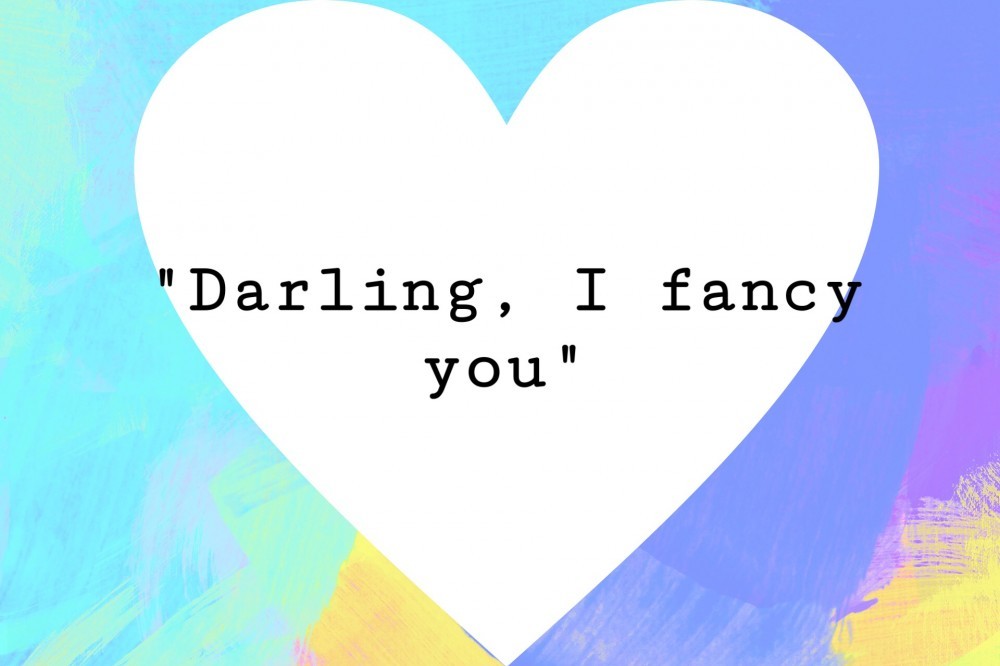 It was so funny watching everyone’s reaction to this song on twitter. People were freaking out with the male voice in the beginning of the song, thinking it was actually Joe’s voice. Its a fun song but not really a song I’ll listen to every time it comes on. 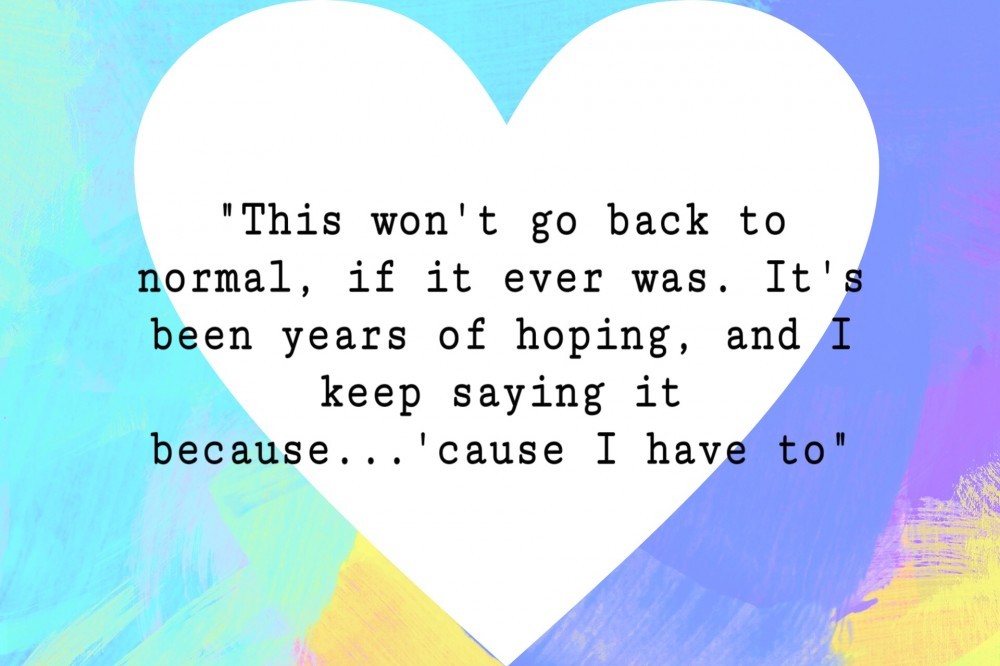 I truly have no words to describe how I felt when I first listened to this song. I remember it being 12:45 AM and tears were just streaming down my face. Every time I listen to it I still get teary eyes, especially since it reminds me of the only person that truly cared for me, my grandmother. 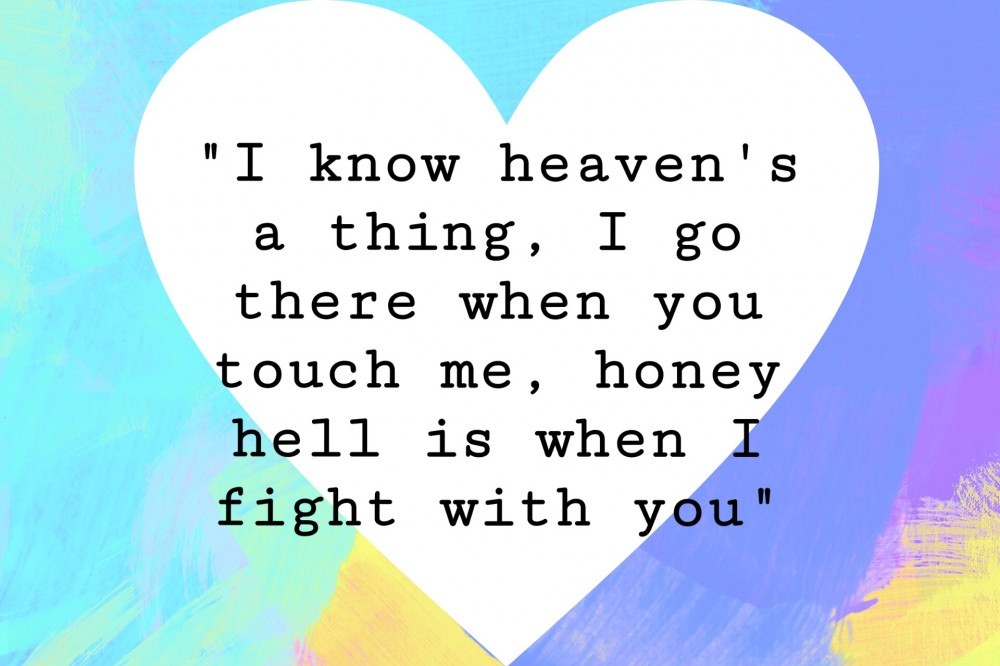 People on twitter got me so hyped up for this song saying this was a political song. I dived into it with that mentality, and let me tell you how disappointed I was when I heard it and it wasn’t about politics. It has been a grower on me though.

• You Need To Calm Down 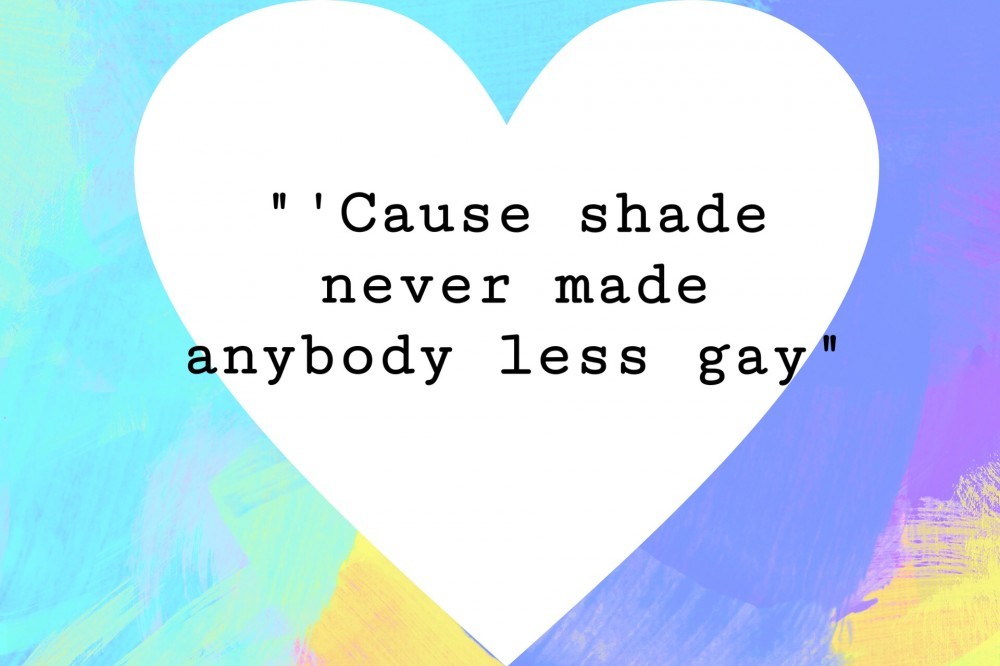 I remember when the tracklist was leaked and I saw this song, I was like “what’s going on with this tittle?”. It took me by surprise when I heard the production and the lyrics. She got a lot of backlash for openly supporting the LGBT+ community, even from her own fans. I was just so glad she did. She has openly been supportive for the last few years and the fact that she made a song for the community…she really blew my mind. 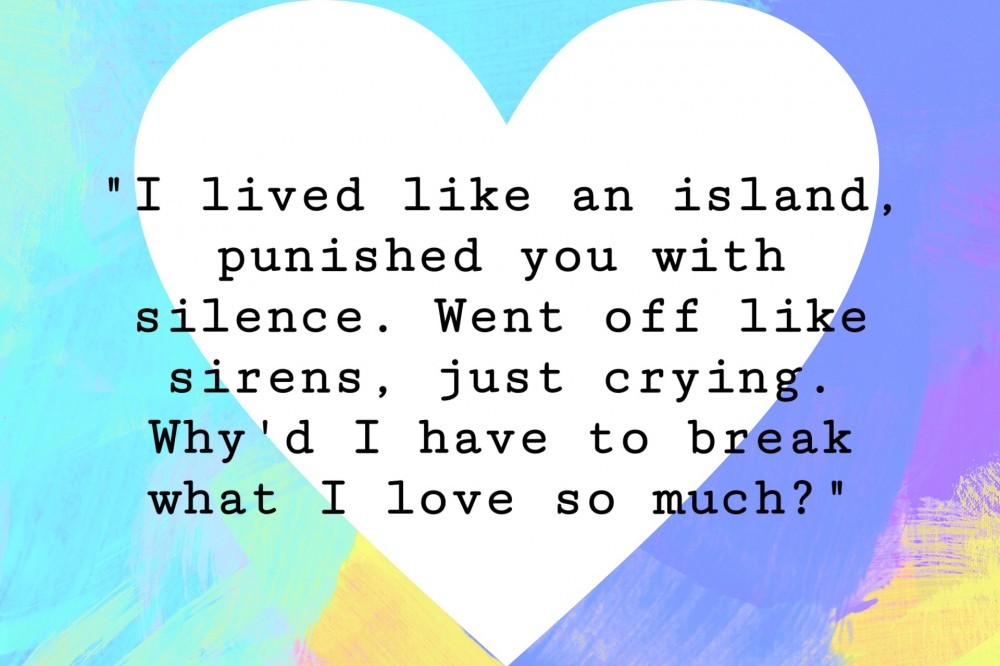 I still don’t get all the hype about this song. It was a skip for me the first time and it still is a skip at this moment. 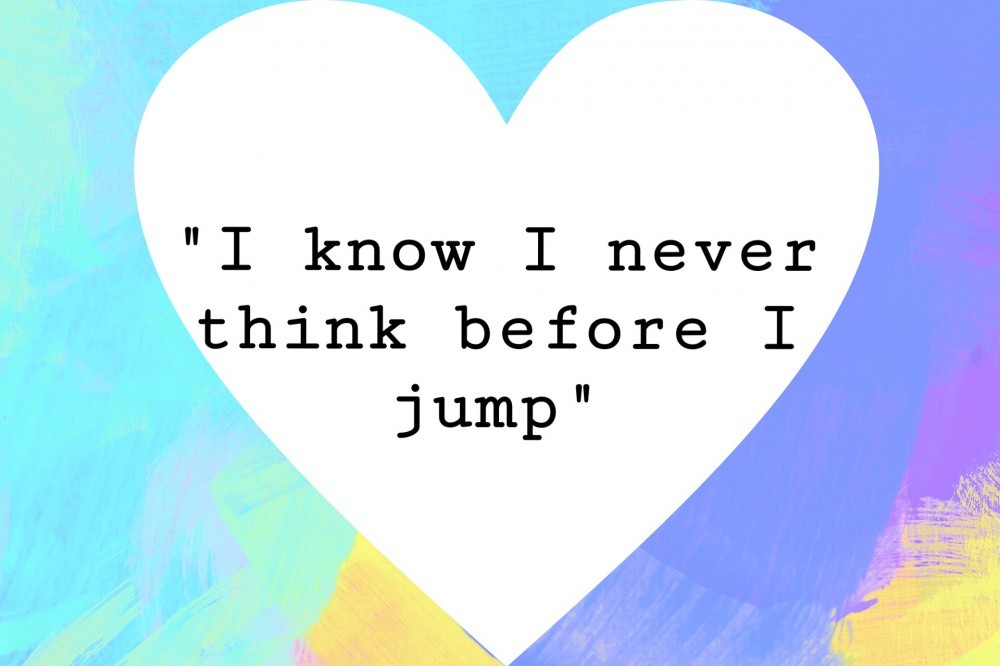 I was so confused when Taylor made this her first single. In my opinion, it wasn’t worth being a first single. It depends on my mood whether if it’s a skip or not, but it mostly is.

• It’s Nice To Have A Friend 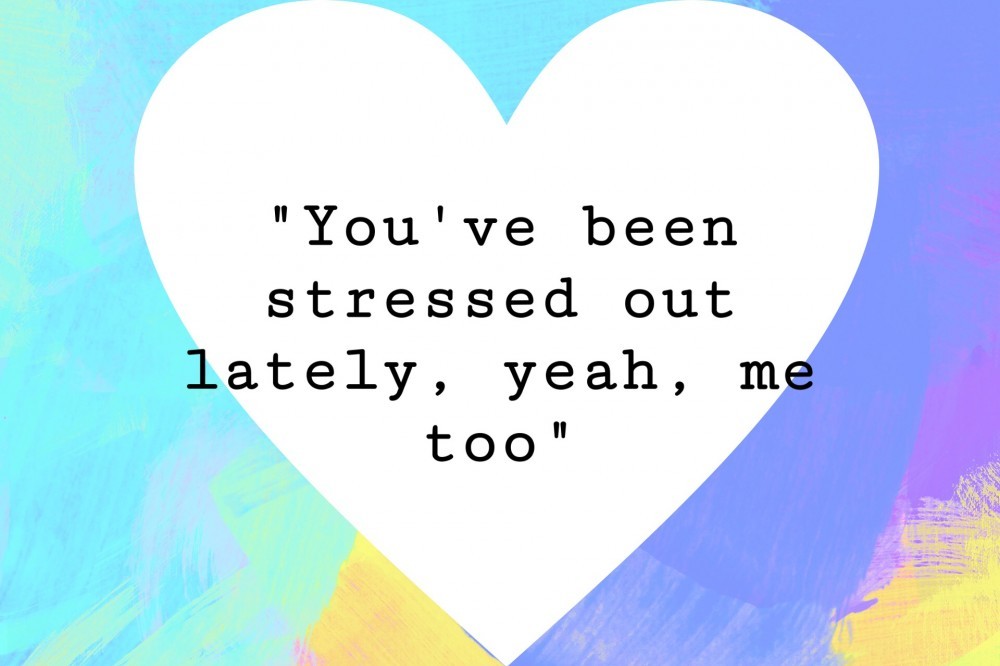 I thought this was going to be a collaboration with Selena Gomez and I was really looking forward to that but sadly it wasn’t a collab. Regardless, it’s still a really lovely holiday-filled song, and frankly, I still don’t understand the amount of people that hate this song. 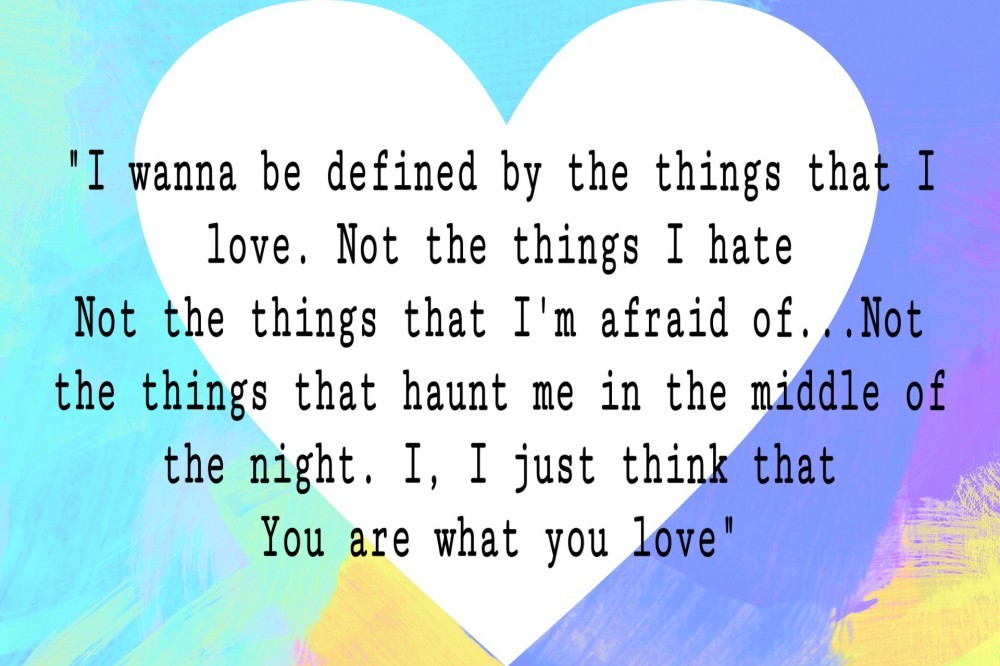 I could’ve totally seen this being the name of the album. Though, this song still needs to grow on me a little more. The lyrics are pretty magical and so full of growth when it comes to her personal life, so just for that I don’t skip it. Not to mention how captivating that small monologue – at the end – was.

Is It Her Best Album?

Red will forever top my favorite Taylor Swift album, but Lover comes right up to the second position.

The way this album was created, the emotions it transmits, the diversity and vulnerability it portrays it’s what makes it such an amazing masterpiece. She owns her new music now, so that is definitely something important and that it makes it more valuable.

As you could see from my song rankings, I really enjoyed the first half of the album the most. I have my personal favorites but that doesn’t give the album as a whole, less credit.

My overall ratings of the album is 10/10! I really enjoyed this whole new concept that she created and I really hope she keeps on doing what she has been doing for the past decade. I have been a fan for so long and even though this album came out recently, I’m excited to see what she has in store for us in the near future.

What did you think of my ratings? Do you agree or disagree? What are your thoughts on this album? I would love to hear from you guys so please leave a comment in the comment section down below!